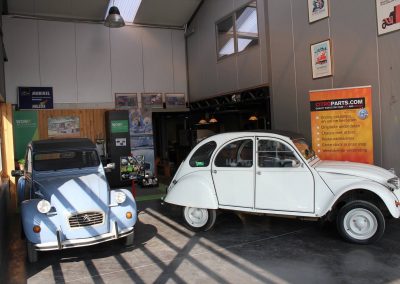 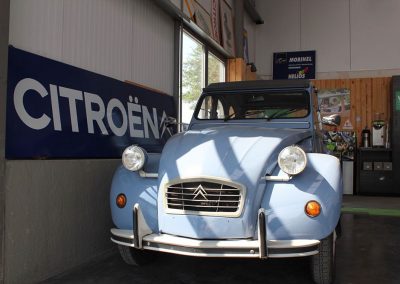 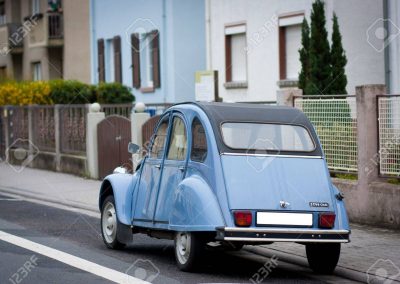 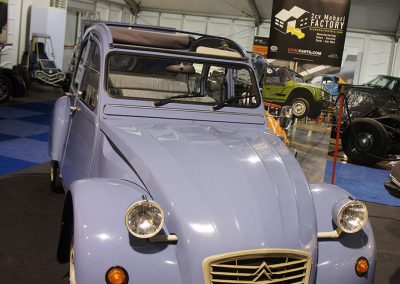 History of the Citroën 2CV

The Citroën 2CV is one of the great cult cars of the 20th century. Everyone knows someone who has had a 2CV or has had fun in one…

Before the Second World War, Citroën came up with the idea of producing a “cheap, simple car“. The project was called “Toute Petite Voiture” and the car had to meet the following requirements:

A number of prototypes were built, but these were put on some attics when the Second World War broke out. Citroën was particularly afraid that the Germans would steal its idea. At the Motor Show in 1948, the car was finally put on show: the basic pre-war design, complete with a number of modifications for “more modern times “, was displayed to the general public. Placed among all of the other big expensive vehicles, this little car struck an immediate chord. It was quickly nicknamed the “ugly duckling” in the Netherlands, because not everyone liked the exterior. In Belgium, the 2CV was also called the 2PK  (based on the Dutch translation of “paardenkracht” or horsepower), and this old-timer has since passed into the vernacular as the “tin snail”.

It was certainly very popular and up until the time production came to an end in 1990, more than 4 million 2CVs rolled off the production line.

There are various versions of the 2CV, depending on the country it was produced in. A Belgian 2CV looks different from its French cousin and the final models that were produced in Portugal were usually assembled from parts that were still available to hand…

The 2CV is great to build: the chassis is easy to separate from the bodywork, resulting in different derivatives. For instance, there’s the Mehari, or the van, to name just a couple. Countless other variants were also built, such as the kit-car, the Lomax, Le Patron, Burton, etc.

To sum up, the 2CV is the perfect car for driving around the countryside and in the mountains, as well as on the motorway, with its top speed of around 110 km/h.

There are still thousands of fans of this car, which can be seen on the biannual “World Meeting of 2CV Friends“, which attracts many owners and enthusiasts of this classic.  In 2011, this meeting was held in France, where around 6000 “tin snails”, “ducks” and other derivatives were on display.

There are also various races held each year, featuring 2CVs or variants. In October these races include a 24-hour race for 2CVs at the Spa-Francorchamps circuit. There are various classes of entrant at these races, so not every car racing is as authentic as the other. But they all aim to achieve one goal: to go motor racing in a 2CV.

We support the students at KU-Leuven, the CQS Group Racing Team, in their quest to combine sustainability and technology, applied to the Citroën 2CV.

If you are looking for a new oldtimer, check our large collection of oldtimers!